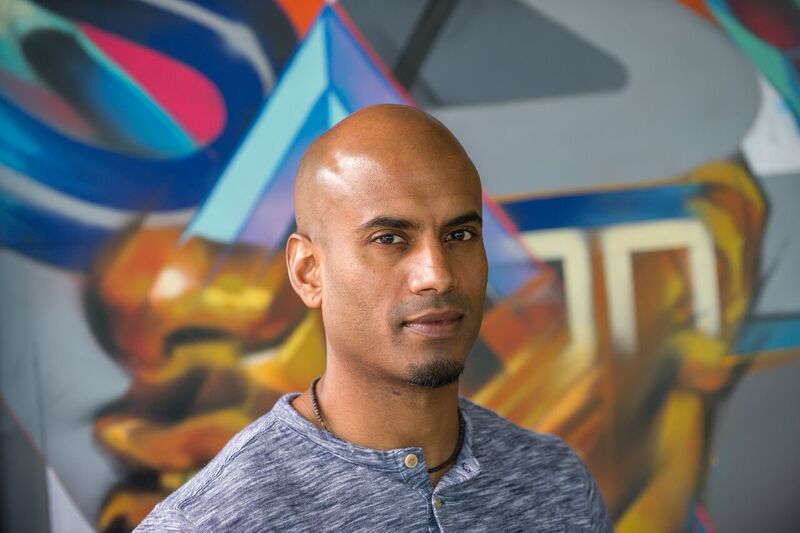 When Raj Jayadev and his colleagues founded Silicon Valley De-Bug in 2001 to use media as a community-building tool, they never intended to work on criminal justice reform issues. In a region that has become synonymous with wealth and technology, they simply wanted to provide a platform for marginalized communities to participate in public conversations.

That changed when, eight years later, Jayadev and his team noticed a dramatic rise in arrests for public drunkenness in San Jose’s downtown, including of staff and members who had not had a drop to drink. De-Bug organized the community around police accountability and reform—and saw a 50 percent drop in arrest rates in one year. That campaign, coupled with lessons De-Bug learned around rallying to prosecute a law enforcement agent who killed an unarmed father of five, Rudy Cardeanas, led the organization into police accountability work.

Soon, the organization began getting calls from people who had been falsely arrested or racially profiled. In response, De-Bug launched the Albert Cobarrubias Justice Project, spearheading the use of a “participatory defense” model in Santa Clara County, which enables families and communities to impact the outcome of cases of their loved ones. Inadvertently, De-Bug created a revolutionary way of saving lives and building a movement to end mass incarceration. In the past seven years, this model has helped save more than 2,500 years of time in custody.

“Every time we meet with a family, hold a weekly meeting, or see one of our loved ones come home, it’s so humbling to authentically, tangibly and measurably see the power of community,” Jayadev said. “There are people who are home now who would otherwise be in prison. When you look at who was responsible for that incredible freedom, it’s the work the family did.”

This model brings together various actors as advocates for change, from the public defender who felt overwhelmed shouldering the freedom of her clients, to the mother of a defendant sitting in the courtroom watching helplessly, to the church pastor trying to support his congregant, to the individual facing charges lost in legal jargon. The first step is to note where the loved one is in the court process. Then, the group creates a to-do list.

“Using the intelligence of the room, the list could be contacting the jail to make sure the son gets his medication,” Jayadev said. “Or, set up a meeting with the public defender to talk about strategy, and listing out potential witnesses to help the defense.”

A big part of participatory defense is helping the judge and jury get to know the defendant as a person. The group shares family photos as well as school, medical and employment records; highlights how incarceration might impact the person’s job, childcare and housing situation; or finds inconsistencies in police records and conduct investigations to support the defense.

De-Bug has trained and incubated participatory defense hubs across the country, and the organization has received critical acclaim for its approach. Now, Jayadev is ready to take these lessons to overhaul the entire court system.

“It’s a natural evolution of the work we’ve been doing,” Jayadev said. “For us to make broader change, we have to look upstream. The numbers on incarceration in California are devastating. But if you pivot the perspective, we have an untapped movement waiting to get in the game.”

As part of his Leading Edge fellowship, Jayadev will help shape a new deliberation process to arrive at convictions, push for legislative changes on issues like minimum mandatory sentences, and ensure systemic inclusion of the voices of families and communities within the court process.

“When the system is changed to have more authentic justice, the defense knows it has backup,” Jayadev said. “The prosecutor knows he’s in for a fight. And the loved one knows he’s not alone. And he’ll face a trial and jury that’s more reflective of him.”

Jayadev also will find key points to keep disrupting the system and democratize the courtroom, from arraignments and bail-setting, to plea negotiations, trials, and sentencing. For example, what would the county court system look like if the current rate of cases that ends in plea deals—98 percent in Santa Clara County—were cut down to 68 percent?

“Just turning that dial would result in a seismic shift in how county courts would have to operate,” he said. “You’d have to exercise the muscle of the criminal justice system, which has atrophied. When you go to trial less than five percent of the time, the promise of constitutional protection isn’t being flexed. The courtroom would shift to a more democratized space.” 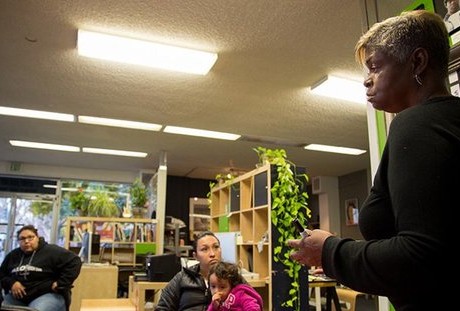 Everyday Ideation: How Families Use ‘Cumulative Intelligence’ to Take on the Criminal Justice System

Every week I sit in a room with families whose loved ones are facing criminal charges. It is part support group, part strategic planning session. There are no lawyers in the room and the families have no legal training. 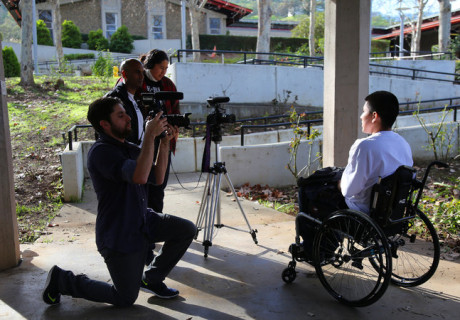 A Flattering Biographical Video as the Last Exhibit for the Defense

About 3,000 miles from New York, members of a camera crew gathered around Anthony Quijada, trying to do for their not-famous, not-rich client what some high-priced lawyers are doing for theirs in New York courts: Make a video that can keep him out of prison. 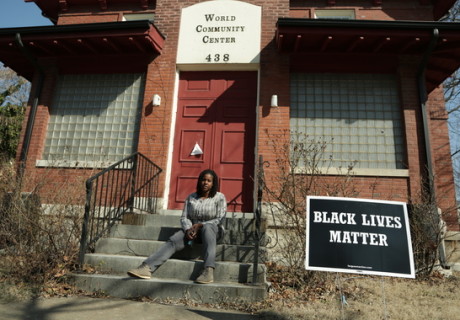 In dizzying speed last week, five officials in Ferguson, Mo. were removed in the wake of the Department of Justice (DOJ)’s scathing report about corrupt court practices. As the city government collapses like a house of cards, I was standing in line at the neighboring Maplewood municipal court, 15 minutes south of Ferguson. Here, the […]