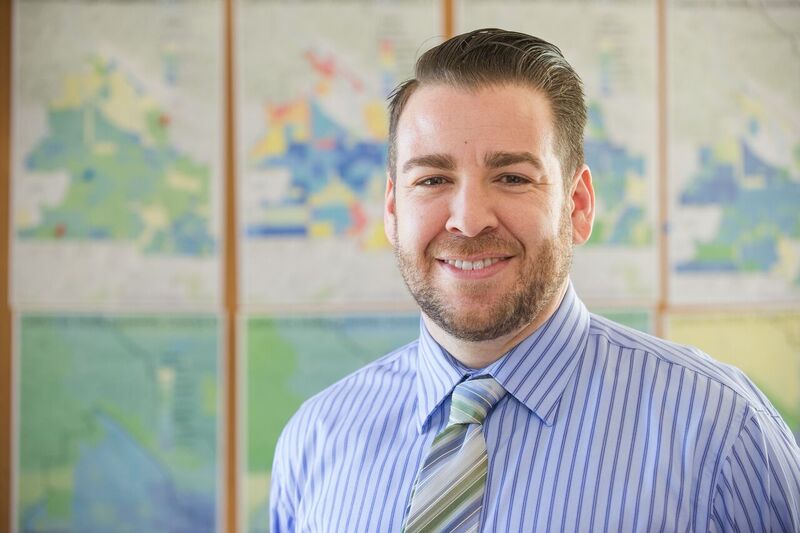 Leading Edge Idea: Using data and tech to increase statewide civic participation among immigrants and other people of color

Michael Gomez Daly always had a knack for computers, but his passion for data was sparked during his first political campaign, a 2011 race for the San Bernardino city attorney’s office. He got access to a voter contact database and, after spending a weekend learning the mechanism, determined different groups to engage. This made canvassing much easier, changing the dynamics of the race.

“It was a real game changer,” Daly said. “We now could have multiple people calling off lists carved out by demographics and regions, and canvassing was a breeze. Post follow up calls to supporters for get-out-the-vote would have been near impossible without the database and its tracking capabilities.”

His talent for database strategy and management led to his work developing software and training tools for some of California’s largest civic participation organizations, including PowerPAC and PICO California. He also has designed and implemented field plans for a number of local, state, and federal candidates as well as statewide ballot propositions.

These experiences helped him realize just how insufficient existing systems were in reaching voters of color, the very people who have to be engaged in order to create real progressive change in California. While people of color already make up the majority of the state’s population, voter turnout rates are not representative of that trend. In the 2014 general election, fewer than 30 percent of eligible African American, Latino and Asian voters turned out to vote.

Daly’s game-changing idea, the Leading Edge Data Project, will work toward truly democratizing the state. While well-funded civic participation operations employ voter contact tools, most local groups do not have access to the same tools. This greatly limits those organizations’ ability to significantly transform the electorate. Daly is committed to building and maintaining innovative technological resources and equipping grassroots organizations with the tools, training, and data to wage sophisticated advocacy campaigns. His aim is to increase civic and voter engagement specifically among immigrants and other people of color in California by 30 percent within three years.

Private companies effectively use data to target outreach and increase efficiency in the way they conduct business. For example, Facebook collects information with every click a user makes to customize feeds and ads. While movement organizers have the passion and the heart to affect change through direct connection with people, they simply lack the financial resources and the know-how necessary to access and utilize data that can maximize their efforts, and ultimately, their returns.

For example, for a racial justice organization looking to increase turnout at an event, having access to a database that can identify previously untapped constituents based on a specific language or voter eligibility, and can provide valuable information about their preferences or opinions, can dramatically increase participation in the event.

“As a single mom, the person I want to talk to is another single mom,” he said. “Someone I relate to and identify with. I want to feel a part of community. Having a good database allows for that.”

Daly is so committed to the idea of creating a database for communities of color, he was ready to tackle it on a long-term, volunteer basis while also working full time. But with the support of the Leading Edge Fund, he can now expedite the process from several years to several months.

“By giving racial and social justice organizations the power to identify previously unknown constituents and increase engagement, we can shift the distribution of power,” Daly said. “Power will begin to flow to the millions of people who’ve been shut out of the electoral process. We can then create a more participatory and democratic California that’s truly reflective of its population and its needs.”