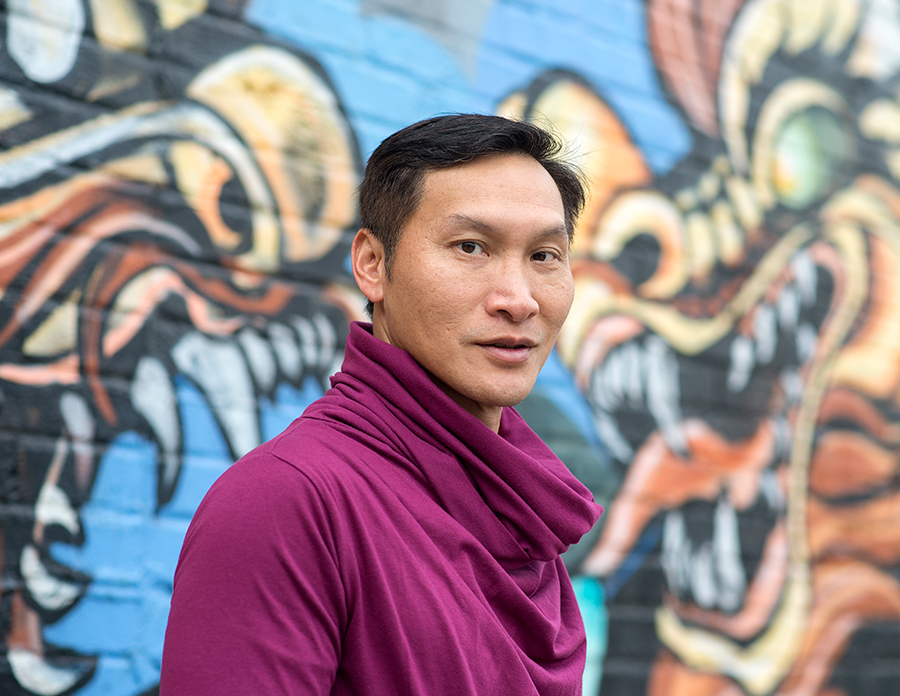 Leading Edge Idea: To transform opportunities for incarcerated Asian and Pacific Islander people and others caught in the criminal justice and deportation systems.

My vision is to advocate for and empower individuals who are impacted by mass incarceration and deportation to be self sufficient and become contributing members of our communities. I want to partner with people of color to create space for healing intergenerational trauma, building community engagement, racial solidarity and inclusion.

Can you share any experiences, either personal or from a directly impacted person, that exemplify this problem?

Culture and the aspect of shame play a large part in the experience of the AAPI community as it relates to the criminal justice system. Previously incarcerated individuals don’t like to tell people about their experiences with the criminal justice system. It is seen as taboo and may cause them to lose face or get discriminated against. There is fear that comes with exposing oneself by speaking out, which is why you don’t hear many stories from the AAPI experience. When I first came out of prison in 2007, I was one of the only formerly incarcerated Asian American publicly speaking out about criminal justice issues and the impact of mass incarceration on Asian Americans. I felt I was the lone voice. Thankfully, in the last three to four years, more AAPI people are coming out, raising their voice, and engaging in social justice issues.

We are experiencing greater awareness on a national level on issues of criminal justice, immigration, and deportation. There is now more of an opportunity for people to organize, and for that movement to not only include impacted individuals, but their families and communities. Before, we heard about movements on a national scale from the headlines. Now, you see more people, especially from the Chinese and Southeast Asian community, fighting and building a movement; you see people being able to name cases and individuals involved. Additionally, there are people from a variety of communities—LGBTQ, AAPI, Dreamers, for example—who are coming together to speak out about injustices.

There are still challenges in how funding is being distributed to grassroots efforts and the way in which resources are managed to create those opportunities. I would like my foundation to take a different approach to traditional philanthropy and to be a “spend down” organization—to give all of our money away rather than keeping it in an endowment.

Currently, when it comes to criminal justice, deportation or issues around marginalized communities, AAPI don’t have a platform. There are a few reasons for this, including the “model minority myth”, which assumes that the AAPI community is well off. Less than 1% of philanthropic dollars go to supporting AAPI issues, and there is lack of investment in understanding the needs of AAPI people. Other reasons are thinking differently about acceptance, including what it means to be American, and challenges within the AAPI community when dealing with those who are directly impacted.

The fellowship will help my work in four ways: build the infrastructure of my foundation and its grantmaking, making the organization more credible to other funders; provide me with the ability to learn from others in the cohort on effective ways to cultivate donors and conduct grantmaking; and to create an opportunity for funders to support emerging leaders.

Yuri Kochiyama. She served as a mentor and inspiration for the AAPI community and the social justice work that I do by exemplifying what it means to build movements, create racial solidarity, and challenge the status quo. She had tremendous impact on who I am today.

To my knowledge, I am the first Founder/President of a philanthropic foundation who is formerly incarcerated. But, I believe I won’t be the last. The fact that the Leading Edge grant is supporting formerly incarcerated people like me shows that the landscape of how we treat and embrace people in this process is changing. No one wants to tell people that they are formerly incarcerated and feel that sense of shame. For those of us that are doing just that, it is important to reflect, understand, and create space and awareness of these issues.