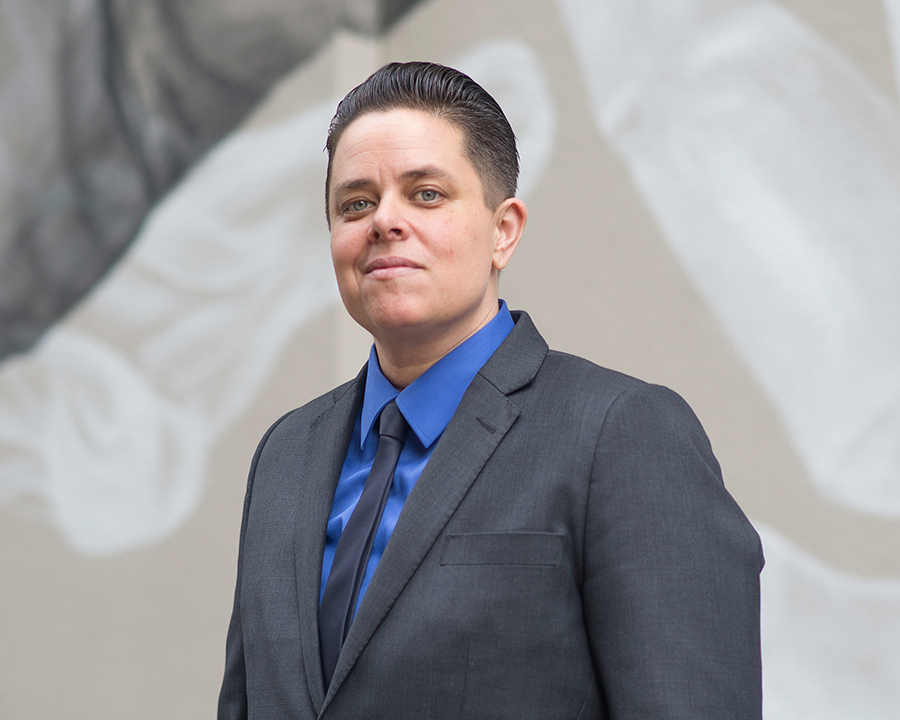 Leading Edge Idea: To use cannabis legalization to repair the harm of the war on drugs and create long-term economic opportunity within communities of color.

My idea revolves around the growth of the above-ground, legal cannabis economy, criminal justice reform, and the concept of reparations. I am working in the cannabis space to do a 360-degree look at what equity looks like in the growth of this new sector of the economy. It’s also about helping shore up businesses of color to get them ready to compete, and to take in funds and work with investors.

The vision for Los Angeles and the Bay Area is to have up and running dispensaries committed to being the leading edge and the proof around reparations potential in the cannabis space. Then these experiments will turn into robust projects that are alive and well and provide the evidence we need to move the model across the country as legalization continues to spread.

The number one barrier we face is that the above the ground, legal cannabis economy has been off to the races for a long time. The market has already been taken up by companies that operate like any other business and are strongholding their share. The insidious way that power and privilege have operated to allow white people with wealth to begin these businesses, to begin operation, even when it was illegal, and to remain untouched by criminal justice system, continues to block our progress.

What’s been so cool about the fellowship is having an institution willing to take a risk. Three years ago, I was at a foundation and got shushed: They looked at me and said that they will never support the use of drugs that have decimated communities and literally shushed me. That was my experience over and over. I heard that this was a good idea but I was too out there. Leading Edge is about the new terrain and the new ideas that are taking fire in the streets and in the meeting rooms, but don’t have decades of history to legitimize them. No one changes the world doing the same thing over and over. Somebody has to take the risk to say that this idea has the potential to change the world.

How will the world be different if you are successful?

There will be a heightened consciousness around what transformative justice look like in real life. This work reminds me of Head Start. Head Start was an idea of a few leftists who tried to do one thing at a school. Now, every school in the country has a Head Start program. By moving capital out of the ruling class to businesses controlled by working class people of color, and giving them the ability to actualize real wealth and long-term wealth generation, we will change our world significantly.

Whose lives will be impacted if you are successful?

There are entire neighborhoods and families that will be affected by this for generations. If we are able open a dispensary where people have ownership in East Oakland, people there would get payouts over time from this company and gain the ability to grow their wealth and their access to capital.

Reparations isn’t one person making a car note; it’s the ability to buy a house and pass it on to your kids. If we get four or five dispensaries up and running that have this schematic, it would really mean that the lives of thousands of people in those neighborhoods would be changed. The ripple impact is so big.

What are your goals for your time as a Leading Edge Fund fellow?

I want to make sure that in Northern, Central and Southern California, there are strong equity cannabis business models and dispensaries in operation. I want to engage impact investors in investing millions of dollars into cannabis businesses of color. I want to support building the power of formerly incarcerated people and organizations by giving them ownership in dispensaries, and getting funds to run diversions and alternatives, whatever that is. I want to affect the number of people of color who are getting incarcerated by continuing to close the front door of detention when people are brought in for petty crime like marijuana.

There’s an important intervention I want to make around reparations work in the United States and how, right now, the spaces that I have been in are really preoccupied with theory and arguing about the conceptual dynamics or parameters of it. I want to push the envelope around experiments with reparations in a private-public partnership, think about what we can learn from them, and move on them rather than doing “ivory tower” conceptual work.