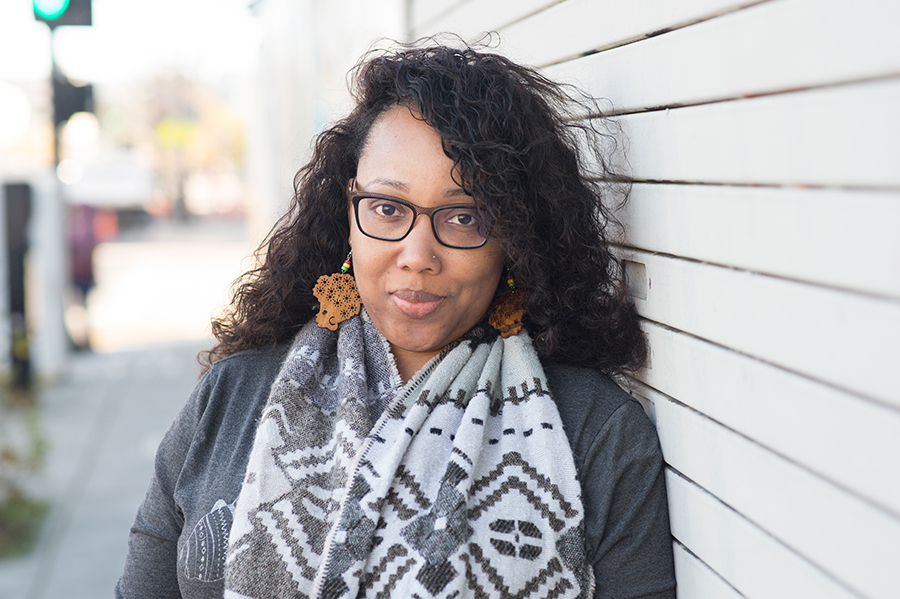 Leading Edge Idea: To build a movement of highly skilled formerly incarcerated leaders who are fighting for affirmative and universal protections against all forms of discrimination based on criminal history.

What is your vision for your community?

If we are successful, to build a community of people who are equipped with the tools they need to organize effectively based on the collective vision that we have for the future. I don’t want our work to be focused only on organizing and changing policy. I also want our communities to focus on what it means to heal and to be whole. I want us to challenge spaces that don’t allow us to be free from the top of our heads to the bottom of our feet.

My idea is really around empowering and healing communities that have been impacted by incarceration and racial disparity. It is about increasing their leadership and creating a movement space where we can heal and build power, leading a movement for affirmative and universal protections against all forms of discrimination based on criminal history.

How were you inspired to get involved in this work? What motivated you?

I got involved in this work through my own struggle. I was returning home from jail and felt ready to heal and to do something different. It wasn’t clear to me what it meant to be a convicted person until I started to build my life. I would think to myself, I want to be a better person, but when I checked that box [on employment forms about past criminal history] I knew I was going to be denied employment. And I wasn’t just denied employment, but also the opportunity to start something new.

At what stage is your idea?

We have recruited the first five people into the fellowship we developed to invest in the organizing capacity of people impacted by criminalization and racial disparity. We spent two years developing a curriculum and began the pilot program in December 2018 with individuals who all identify as being convicted people. So far, we have 3 women of color in the fellowship but would like to see that number increase. Our fellows are doing 20 hours a week and are paid $1.50 above the local minimum wage as part-time employees of Safe Return. Right now, we’re in the life skills phase where we are talking about the self and decision making: who are you, who do you want to be? The first few months will be about building up our armor before we start rolling in the organizing.

What progress, if any, have you seen thus far in your work?

Individuals achieving their vision for themselves and their communities is how I measure success. When I talk about successful policy or organizing, I say that’s our accomplishment but not our win. Ten years ago, I didn’t know what my life was going to look like, and now I’m homeowner, I just finished my B.A. this semester, my oldest son made it to 21 without being in a gang or being killed. Watching people who have come through Safe Return and hearing them say what they want to do with their own lives, and how they want that work to face outward into the community, and seeing them actually doing it, that’s what makes me feel good. Real success is people becoming their best selves. That’s what changes the community. That’s what builds power.

What are your goals for your time as a Leading Edge Fund fellow?

Outside of being able to have the financial support and to increase visibility of my idea, my goal is to network and connect with other people doing this work. I want to meet new people and hopefully, through this fellowship, I can expose other people to different experiences and places that our people don’t typically show up in. I may get invited to meetings and convenings, and to bring other people with me to those spaces is an important goal for my time as a Leading Edge Fund fellow.

Criminalization impacts a diverse group of people, but I am a Black woman. I run a Black-led organization and I want to be clear that I want Black people to win. I want more Black women impacted by criminalization to be organizing. One of the things I’m most excited about is that we have several Black women affected by criminalization in our Leading Edge group. We don’t have that when you look at organizing, even in criminal justice reform. If we are invested in more, and given platforms more, we will be a lot further along in our work.